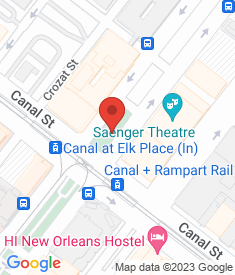 In 1957 the Southern Railway Terminal at Canal and Basin was demolished. It had been a structure identified with Storyville the notorious red-light district.

In its place a plaza was built and dedicated Nov 25, 1957. It was then the city unveiled “the Garden of the Americas,” a landscaped neutral ground which had the Bolívar statue and seven flagpoles -- one for the flag of each of the six Bolivarian countries and one for the U.S. flag.