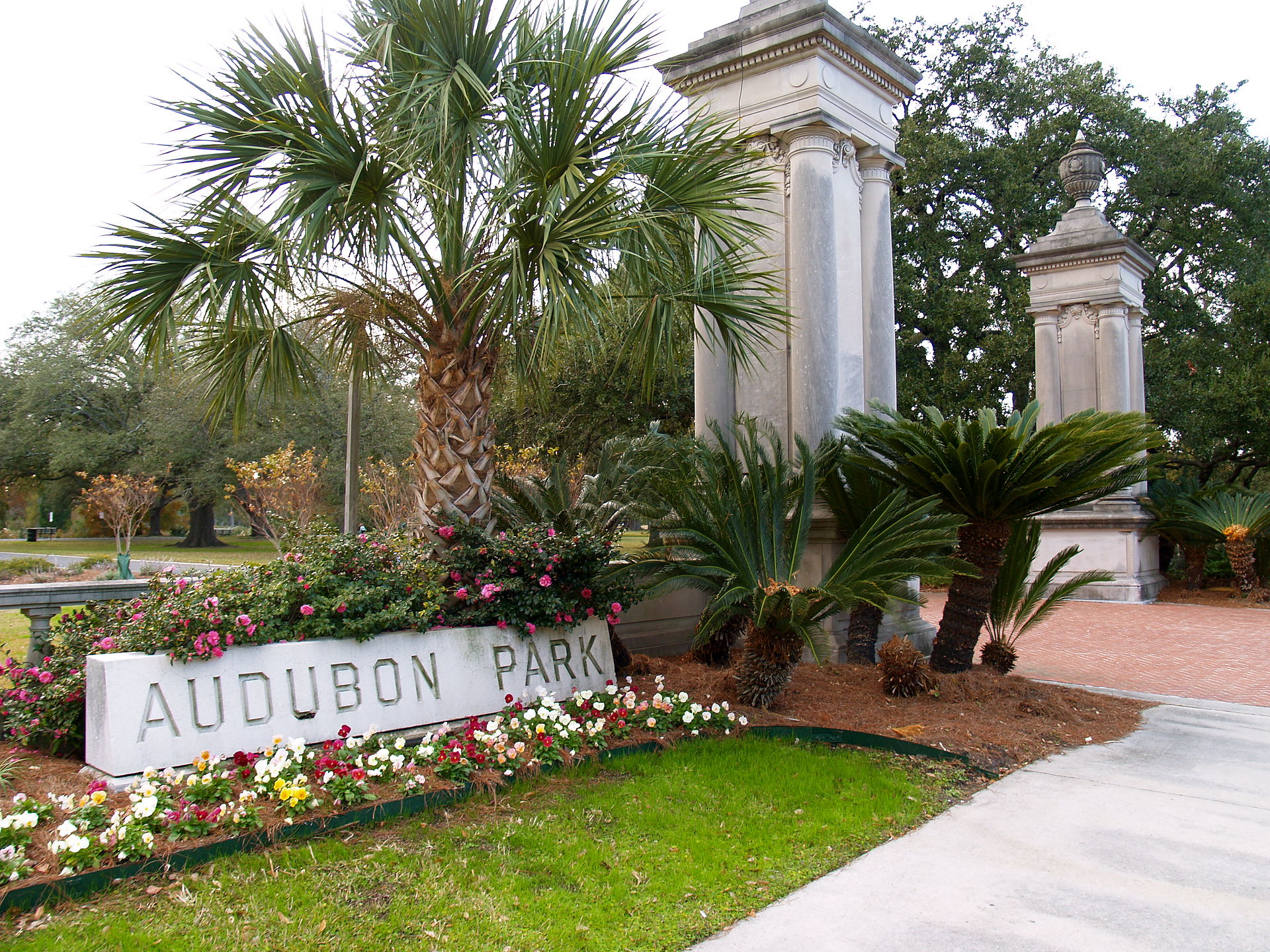 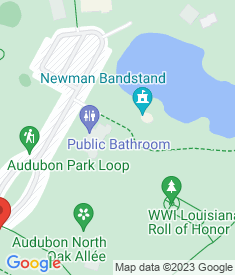 The land now housing the park was a plantation in the colonial and early statehood days. It was used by both the Confederate and the Union armies in the American Civil War, and as a staging area for the Buffalo Soldiers. At the time of its establishment it was the last large undeveloped parcel of what was to become uptown New Orleans. The area was annexed by the City of New Orleans, along with the surrounding communities of Jefferson City and Greenville in 1870, and the following year the city purchased the land.

Use as an urban park was intended from the start, with "Upper City Park" originally selected as a name to distinguish the park from City Park, but few improvements occurred in the first decade. The nascent park accommodated a World's Fair soon thereafter, the World Cotton Centennial of 1884. After the closing of the fair, the park's development began in earnest. Most of the fair's buildings were demolished, with the exception of Horticultural Hall - which remained in the park until destroyed in the 1915 New Orleans hurricane. The only notable reminder of the fair to remain in the park in the 21st century is a large iron ore rock from the Alabama State exhibit (which in local lore has often been misidentified as a meteorite). Audubon Park's present form largely follows a design drafted by John Charles Olmsted, a principal of the renowned Olmsted Brothers landscape architecture practice.

Early in the 20th century, part of the park became home to the Audubon Zoo. The zoo received significant improvement at the hands of the Works Progress Administration, and again from the 1970s onwards. Numerous early- and mid-20th century park attractions like the miniature railway, the enormous Whitney Young public swimming pool, the swan boats in the lagoons, and the carousel were closed, dismantled and/or discontinued in the 1970s, though a far smaller public pool was constructed in the 1990s adjacent to the site of the original Young pool.

The park features sports fields and picnic facilities along the Mississippi River, in an area called Riverview Park. The ring road around the park was closed to automobile traffic at the start of the 1980s and became a popular 1.7-mile (2.7 km) walking, jogging and biking route. A 2.2 mile dirt path located around the perimeter of the park is also popular for runners seeking a less congested route.

A few of the park's old live oak trees were blown down when Hurricane Katrina hit the city in 2005, but as the park is wholly located on high ground comprising the Mississippi River's natural levee, it was spared the flooding experienced by the majority of the city after Katrina. Audubon Park was used as a makeshift helicopter port and encampment for National Guard troops and relief workers after the storm. - Wikipedia

And then there is the meteorite. Is it significant this 1891 article was printed April 1st?

...The robust engagement caught the attention of the New Orleans… 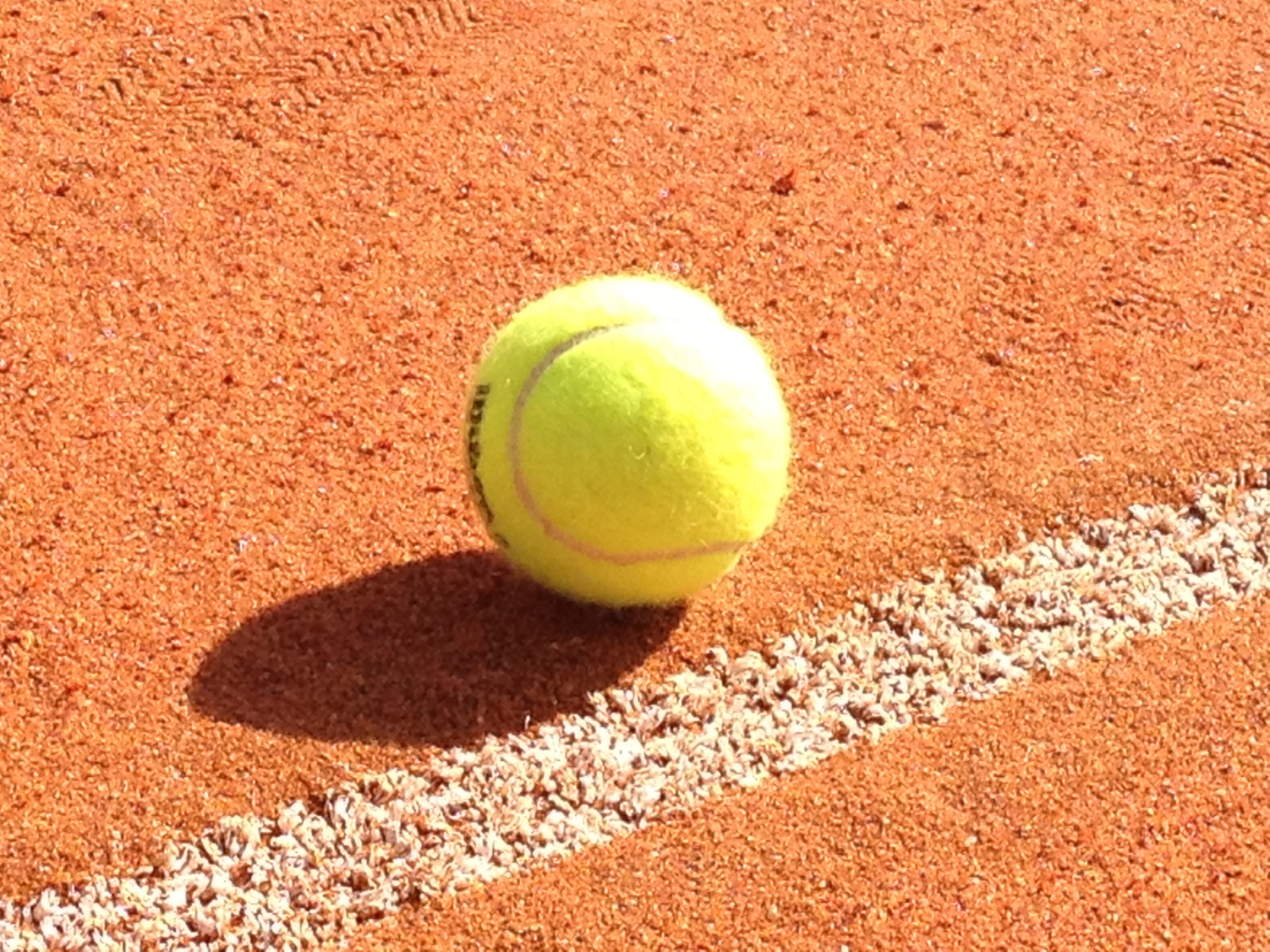 During the pandemic, away from public view, Tulane University struck a deal with the Audubon Nature Institute, devising a plan to convert four to six of Audubon’s ten clay tennis courts into hard courts.

In response, a petition to “Stop the Ambush of our Public Clay Tennis Courts” was cr…

Starting around the midyear in 2019, the Audubon Nature Institute (ANI) began conversations about making “improvements” to the Audubon Park Clay Public Tennis Courts located at 6320 Tchoupitoulas Street next door to Children’s Hospital.

The Ernest N Morial Convention Center's oversight board on Wednesday blocked a proposal to let the Audubon Nature Institute borrow as much as $10 million to keep its zoo, aquarium and other operations going amid the coronavirus crisis. In September, the institute asked to borrow money from a fund…

Read More
Plea to City Council: Don't pave our parks! Let the public have a say in what goes where
2015-04-21 • Keith Hardie

The Audubon Park golf complex displaced a grove of majestic oaks and parkland previously available for general use.

“Pave Our Lake.” That was a bumper sticker you saw in the 1990s — a joke, of course, popular with proto-hipsters feigning weariness with the environmentalist campaign to “Sa…